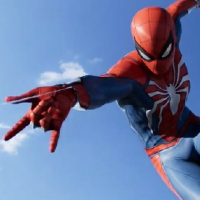 can anyone here help me how do i turn an image into a link ? I'm a noob at that kinda stuff and i was wondering if anyone could help?
DontHaveANameIdea

can anyone here help me how do i turn an image into a link ? I'm a noob at that kinda stuff and i was wondering if anyone could help?

Is it an image you downloaded, or is it on google images or something

its an image i downloaded
Hoot_Freeman 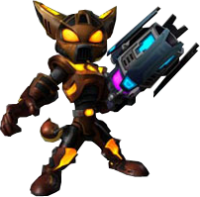 I too am need help o making my avatar image happen.
Ratchetruler

Is it awesome here, or is it just me?
Membre

Also regarding the new lombax, I've seen a great theory going around that she never became the hero that Ratchet is because she never found her version of Clank (if they're even out there in that dimension). Either way, they seem like very different characters judging by what looks like wanted posters all over the area from the trailer - I'm sure there will be some interesting dialogue (if they ever even meet)

The wanted posters do look like a villain's propaganda. And I would want to expect any sort of new Lombax character to be lacking in the sort of balance we see in Ratchet's personality. Because Ratchet, Like Azimuth and probably many others of their race was a sort of head-first into battle ask questions later kinda of character. Clank kind of being the voice of reason to help show Ratchet and Azimuth the error of their ways kind of works with this.

So I'd expect her to be a flawed character. I kind of hope she isn't from an alternate timeline, although I am sure she will be. Ratchet & Clank stories don't need to get super convoluted by splitting across other timelines to be interesting, one universe should be plenty for this franchise. This isn't Guacamelee.

its an image i downloaded

Than find it's origin on the internet and link it

wait  ! I just made a pf now how do i make a link
DontHaveANameIdea

Upload it somewhere, right click on the image and press "Copy link"

i just tried on imgur and copied the link and ratchet galaxy says its not a jpeg png and jpg when it is... what site did you make urs on
DontHaveANameIdea

I just found mine online, it's a screenshot from going commando
HeatherGrace

To change your avatar make sure you use a picture of 200 x 200 pixels. Upload it to https://imgur.com/upload?beta. Once uploaded, right-click on the image and select 'copy image address'. Paste that into the avatar section under settings. Also, don't add [img]name.png[/img], you needn't.

TY !! I AM NOW SLIM CLOWNITO

Ha. Okay, I'll admit that got a laugh out of me.
SlimCognitoAteMyFish

at slim clownitos your secret is safe with us . whether its rainbow afros , red balloons , or new face makeup we'll hook you up . Quickly cheaply and most importantly Clowny  . So next time  ur in the market  for some uhh legally ambiguous re fashioning  remember the name Slim Clownitos the only inspections we pass are yours  .