Published on October 8, 2016 by RatchetBlaster

Published on October 8, 2016 by RatchetBlaster

A few months ago, we interviewed Michael Bross, latest Ratchet & Clank games' composer. Today is Evan Wise turn, the young and talented R&C movie composer, who was kind enough to answer our questions about his career and work. 1- Where did your will to become a film composer take its roots ? When did you
realize it was the one and only path you wanted to take ?

While I was studying music at my university I was focusing on piano and
conducting studies. I have a love for film and film music so when I started getting
more into score study I decided to take the path to composition which lead me to
pursing a career as a film composer.
I knew it was the only path for me because I understood how important music
was to a film or television show. I wanted to create musical characters that would
enhance the overall production.

2- How were you approached to compose the Ratchet & Clank movie's
soundtrack ?

I was an in-house composer for a publisher who secured the contract to hire the
composer for the film. I have a background in orchestration and scoring
animation so I was able to successfully demo on the film. Once the producers
heard my demo they approved me as the composer of the film. I then scored a
test scene which is the Canyon Run on the soundtrack, and after that process
everyone became comfortable and excited with the direction I was going to take
the music in.

3- What did you enjoy the most about this universe and its characters ?

My favorite aspect of the universe and characters is the balance of comedy with
sci-fi action. I can’t think of too many examples where the action and comedy are
balanced as well as they are in the Ratchet and Clank universe. As a composer
this is exciting because you have to find a way to implement comedic music
during scenes of action and drama.

4- What were your main inspirations (movies, music, composers, etc) when
defining the film's musical identity ?

My main inspiration and direction for the score was from the original demos I
wrote. I wrote two 5 minute suites of music that would define the film’s musical
identity. Within those suites I developed Ratchet’s Main Tittle and Clank’s theme.
I wrote those suites of music before I had any footage from the film, therefore I
would watch hours of gameplay from youtube to get a feel for the action and tone
of the universe.
That being said, there’s a call of stylistic similarities to other scores in the music. I
tried my best not to copy the tonality and orchestration of other famous scores in
the sci-fi or comedy genre, but to make it my own sound while also not trying to
reinvent the wheel.

5- Is there a film genre you most appreciate working on ?

I love working in animation. There are very few people on earth that have scored
an animated feature and it’s probably the most difficult genre of film to score. The
music has to be specifically timed while it captures the action and tone changes
within seconds of each other. The music in animation is in a constant state of
transition and makes for an intriguing listening experience. Having said that, it
also makes for a more complicated writing process, but I have never been more
creatively fulfilled than when I was working on the Ratchet and Clank Movie
score.

6- If you had an opportunity to compose for a videogame or any other medium,
would you grab it, or keep composing for movies ? In both cases, why ?

I would gladly write for a video game or any other medium. I am interested mostly
in developing my own style of orchestral music and want to be sought after for
that specific sound.
I’m not interested in being hired to imitate someone or write
music that is more sound design oriented. I’m in the process right now of writing
absolute music for the concert stage and will hopefully be able to share more
about that soon.

7- What are the most valuable lessons you learnt while working on the R&C
movie ?

I learned so many lessons during this process but the most valuable lesson I
learned was how important it is to have a direction with the film’s music in order
for a film’s soundtrack to sound cohesive. I was very lucky to have the support of
the director and producers in accepting my vision for the film’s music and not just
asking me to knock off the temp music or copy another composers style.
This was a luxury that a lot of composers don’t have and I’m happy my first film gave
me the opportunity to make a personal musical statement.

8- Do you have any regrets in particular, regarding this project ?

I don’t have any regrets in particular. Everything I could control I am 100% happy
and thrilled with. I do wish I had had some more information about the final
production of the music going in. I was under the impression that a full orchestral
recording was going to take place and that was why I was so eager to make the
personal and financial sacrifices I did to commit to this project.
But I’m glad the majority of the fans seem to be very happy with the film.

9- On the other side, what makes you proud about it ?

I’m blown away by how the film looks for the budget it was made on. I believe
that’s a testament to the artist involved and the dedication a lot of people had to
see this film get made. I’m also very pleased with the level of writing and
orchestration which I was able to achieve. I’m so glad I had the opportunity to
push myself to write with such nuanced details and at other times with
tremendous musical ornaments to bring out the characters and tone of the film.
No, we didn’t get to record the score with a full orchestra and I know that impacts
the music sonically, but I’ve had to understand that was completely out of my
control and therefore I have to be proud of the work I did. I’m very proud of the
soundtrack and I’m thankful Milan Records wanted to release it not only on a
digital format but produce a CD as well.

10- Would you have some words for the Ratchet Galaxy community ?

I want to thank everyone for seeing the film. If you have a chance please
checkout the soundtrack available on itunes or CD at amazon.com You can also
stream the soundtrack on several different platforms. You can find me online at
www.evanwise.com or twitter.

I will have information on some new projects soon.

We would like to thank Evan Wise, once again, for his time and his commitment.

Please feel free to leave him some words in the comments below.

And he is also composing for the assumed Sly Cooper Movie, correct?

@Animovie Ratchet
"And he is also composing for the assumed Sly Cooper Movie, correct?"
Most probably I'm affraid… @Animovie Ratchet
"And he is also composing for the assumed Sly Cooper Movie, correct?"
I don't think it's official for now, but I hope so. He did a great job on the R&C movie, in my opinion. His score is very refined, I'm convinced it would sound amazing with a full orchestra.
If he is chosen for Sly, I hope he can record the soundtrack with musicians

@RatchetBlaster
"I don't think it's official for now, but I hope so. He did a great job on the R&C movie, in my opinion. His score is very refined, I'm convinced it would sound amazing with a full orchestra.

If he is chosen for Sly, I hope he can record the soundtrack with musicians

"
Sigh, I get it that he worked hard on it and all, but to me this score was really, really bland, something I'd rather expect from a mediocre saturday morning action cartoon than a full lenght theatrical feature, but I spoke about it like a thousand times… And having him replace Peter McConnell, who's put so much identity into the Sly universe and did such an unbelivable job with the Thieves in Time's score? I'm sorry, but no way, I'm still hoping they somehow get Peter aboard, heck, after all he's done, he really deserves it.

I have to agree with Kubak: the soundtrack was quite bland. However, Sly Cooper's soundtrack-tone is very different from Ratchet and Clank, so maybe this'll be right up his alley :oui: 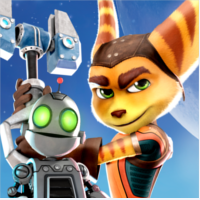 The Sly Cooper Movie isn't in production yet

The Sly Cooper Movie isn't in production yet

@DerBlaue
"The Sly Cooper Movie isn't in production yet"
How exactly do you know that? Rainmaker/Blockade hasn't given any real update on it's status since the teaser trailer (and that was early 2014). Remember that R&C's production was finished almost two years ago, so Sly's production is pretty likely to have started in a meanwhile, but it could've not - unless we get an actual status update from the crew we can't know anything for sure.

@Animovie Ratchet
"Didn't Vitivivi make a video on the Sly Cooper movie's confirmation?"
Um… The movie's been confirmed for almost 3 years friend ;P Now it's not about a possible confirmation, but cancelation of it, given how poorly R&C performed… On one hand it most probably got into production before Ratchet and rights to it have already been sold to local distributors over two years ago, but on the other, Rainmaker is suffering big financial problems now… I won't be suprised if they turn it into home release with eventual cinema screenings in selected countries.