Ratchet & Clank fans know him well, consciously or not. He is the talented composer behind the latest Oddworld games, and has been working on Insomniac Games' most popular franchise since 2010. In 2012, he even sent us some kind words for our 5th anniversary.

I am obviously talking about Michael Bross! From R&C: All 4 One to R&C PS4, Michael has reinvented the series' musical identity by brilliantly mixing electronic sounds and orchestral instrumentations, while providing each episode with its own themes and unique atmosphere. 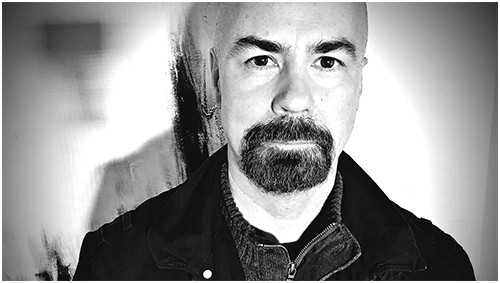 While he's working very hard to complete his latest project for Insomniac's next game, Edge of Nowhere, Michael has generously accepted to answer some of our questions.

1 - Ratchet & Clank PS4 is your fourth contribution to the series. How do you keep your music fresh while remaining faithful to the saga's identity?

The story is always unique and that is the main driver in developing new ideas and approaches for the music. Also, I’m constantly listening to new music from other artists and searching for fresh ideas that are inspiring. Those types of ideas will seep into my work, either consciously or subconsciously.

When it comes to consistency across the series, luckily, I’ve been involved long enough where I’ve developed an intrinsic sense of the Ratchet & Clank “sound”.

2 - This new adventure re-tells the origin story of the duo with a new approach, both different and nostalgic. How does that translate into the music? What was your main philosophy about it?

Of course, I wanted to capture that recognizable Ratchet & Clank "sound" that is so essential to the franchise, but while this game is based off the original, there are a lot of new, fresh elements in this game. It really is it’s own game, and so there are new music ideas introduced, too.

Still, any time I work on a new Ratchet & Clank title, I do go back and listen to some of the music from the original games and find concepts that could be absorbed into new work being created.

3 - As for Into The Nexus, you recorded the music with a real orchestra. Was it a choice you felt necessary or a logical continuation made possible by Sony?

The team at Insomniac recognized that using live orchestra as part of the soundtrack for Into The Nexus brought some extra magic to the experience, and so I think it was an easy decision for them to do the same thing for this game. This game’s music is epic in nature and an important part of that palette is the orchestra, so it just made sense to use live orchestra to make it special.

4 - What does a symphonic orchestra allow you to do, that synthetic music can not accomplish?

As composers, we can now do amazing things with sample-based (what you called “synthetic”) creations these days. I have one sample library alone that contains over 1 million samples of various expressions and articulations of a string section that I can use to create a music track.

Still, something special is created when using a live orchestra. There’s some kind of magic and lightning that can’t always be captured with sample-based work. It has something to do with bringing all of those talented musicians together in one room. It’s a wonderful energy.

5 - For a saga such as Ratchet & Clank, how do you find the right balance between character/story-oriented and player-oriented composition?

To me, it’s all about emotion and energy level and so my approach is more based around that than story vs. player composition. However, there is an important consideration for the player-oriented music. Each player’s time spent in an area will be unique, so I think about how music can be effective to accommodate this.

Really, it’s about creating compositions that can potentially loop for a long time and not get boring to the ears. There are certain compositional tricks that I use for that.

6 - Have you ever considered writing very specific and individual themes for both Ratchet and Clank, that would resonate across the different games you worked on?

Some of that happens already though there are variations from game to game. If you look at Qwark and also Clank especially, you will hear some consistency in thematic elements there.

7 - In the same order of idea, don't you think the saga would deserve its own recurring main theme such as Halo or Uncharted? Or is it better in your opinion to treat each game on its own?

That’s been discussed between the Insomniac team and I more than once. In the end, it’s decided that we continue the tradition of creating a new theme for each game. I know that many game franchises use a consistent theme across all their games, but we decided to follow a different path.

8 - What aspect did you enjoy the most about working on Ratchet & Clank PS4? Any anecdotes?

I and my team worked hard on this soundtrack. On occasion, I’d visit Insomniac’s studio to meet with the development team and look and play the game. But mostly I work remotely and do not get the chance to see the game’s daily development. Instead, Insomniac provided video captures where needed so I could understand context. So, I didn’t really get to see the whole game in one piece until the very end of development.

What really blew me away when I finally did was how well it came together. I was very pleased with how the music supported the action. Also, the sound design and the visual elements are the strongest I’ve seen in the franchise so far. I believe the fans will be happy with the results, but they can decide that for themselves once they play the game.

9 - Having now been working in the video game industry for many years as a composer, how do you perceive its evolution? Are video game composers given more attention and recognition than before?

Much has changed. There is really more power in the hands of game creators now than there ever has been. It used to be cost prohibitive to make a game. A game developer needed a lot of money and resources, but these days it’s cheaper to develop games due to the proliferation of inexpensive but powerful tools like the Unity and Unreal game engines. We’re seeing a lot of creative and interesting trends in indie game development. It’s really an exciting time to be working in games now.

Yes, certainly, as more people play games, composers are getting more recognition. This also has a lot to do with how social media has developed.

10 - Would you have some words for Ratchet & Clank fans eagerly looking forward to play the game and listen to your newest work?

I’m truly grateful to be able to be involved on the project and to share it with you. My hope is that you will enjoy the experience!