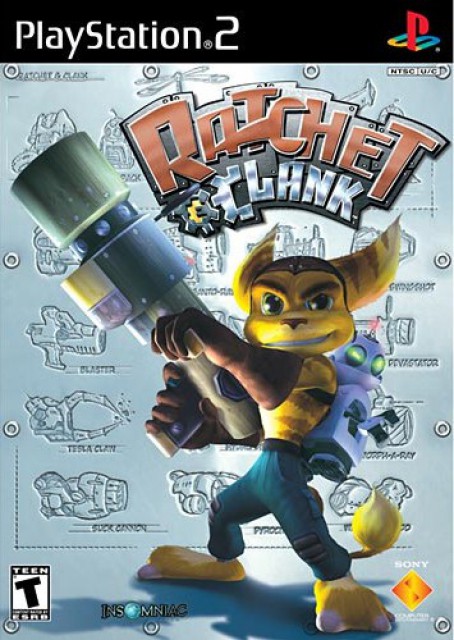 Considered as the best adventure/action game on PS2 by the end of 2002, Ratchet & Clank offers a new breath to the plateforming gendra, as did Jak & Daxter in 2001. First game of what was going to be a whole saga, its tremendous success has to do with a very special feature : a whole gear constituted by a dozen of mad weapons, gadgets and items wich can be used in a large variety of georgous environments, all of this being completed by great animations and a high-quality soundtrack. Ratchet & Clank brilliantly imposes its personality and its humour, both of these elements offering to the game a surprising variety and credibility.

Set in a futuristic world filled with spaceships, robots and high-tech gadgets, Ratchet and Clank moves from planet to planet across a vast solar system. Ratchet lives on an abandoned backwater planet and dreams of someday striking out on a magnificent space adventure. Closer to the center of the galaxy, Chairman Drek rules a polluted planet, Orxon, inhabited by an ugly race called the Blarg. He too has dreams, but his concern is conquest and domination. Tired of his polluted world, Chairman Drek comes up with the ultimate solution – to build a new planet using the best parts from many of the other worlds in the galaxy. If he can't convince the inhabitants to part with a few thousand hectares of their worlds, the army of robots and Blarg warriors can eliminate any resistance.In one of the factories creating Chairman Drek's evil armies, a computer glitch creates a small but smart robot – Clank. Learning about the Chairman Drek's plans, Clank flees the factory seeking help, but his ship is shot down over Ratchet's homeworld. Forced together by circumstance, Ratchet and Clank blast off from planet to planet through an extraordinary sci-fi universe. The unlikely pals encounter imaginative characters, acquire a plethora of weapons and gadgets, and blow up everything in their path, as they uncover more of the Chairman Drek's plan. 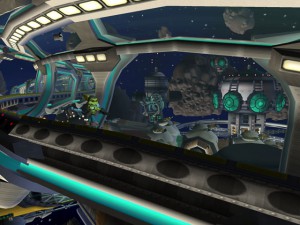 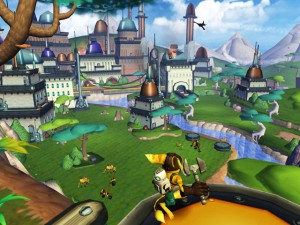 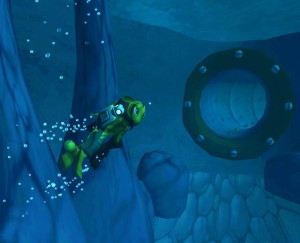