This is something that means a lot to me. What makes a fanfiction a good story? Fanfiction doesn't exactly have a good reputation amongst a lot of people. There have been a lot who have written some...questionable fan fiction. Some would even call them off as "nuts", but I believe that fanfiction is anything but completely nuts.
What makes a good fanfiction a really great story is how well the writer pays attention to some of the most important details of the story, which is the original work that consists of an original story, the characters and how well the writers pay attention to their personalities and everything about them that make the characters unique, it's also important to not create ridiculous ideas that wouldn't make any sense. For crossovers, it is important to bring the characters together without having to change too much of who they are. The only changes that need to be made are those that should be based on their experiences during the story, such as learning a new lesson, developing skills needed to deal with situations within the story, developing bonds with particular characters outside their stories, while including some reasons why they are developing that bond, even bring out a part of them that you probably would not have seen be brought out, but is still very much a part of their original character. I do have a lot that I need to say about characters, so I could go on and on about them.
I create and write fanfiction for a number of reasons. I write them as a way of expressing how much I love a lot of these shows. But....there have been unusual occurrences that have caused me to make decision. I would be more than happy to talk more about them. 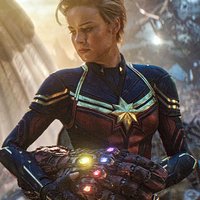 I can respect fanfiction writers, but I've never been into them myself. Mainly because, as you said, there's a certain stereotype (which is a stereotype for a reason, mind you) where the fiction goes a "little too far".

Couple years ago I indulged myself with Criminal Minds, The Blacklist, Chicago Fire and the likes fanfics to kill time between seasons. And while I think many people handle those IPs's characters accurately, there's a world of difference per writer.

So, I have been doing a lot of fanfiction writing. I posted several things on the internet. There is one particular story that I would love to share other than my Ratchet and Kim Possible story. Something that is very, very much connected to JAT. I plan on posting that on here sometime later on. But for now, I need to share my other materials.

Here is the website for my Deviantart posts: https://fanfictiondreamer.deviantart.com/gallery/
And here is the page for a lot of the posts for my story: https://www.starfox-online.net/forums/topic/13717-the-ultimate-story-scrapbook/

Afterwards, I will post a very, very special story that I have been working on that I would be really happy to share. Again, it is very much connected to JAT.

Go you! And well I write in general, and want to get some of my work out, but haven't really touched on fanfics myself, if i were more invested in media content that i enjoy, and had time by my side then sure why not?
I for one, primarily source my own written expressions from my vast imaginational reservoir, teeming with universes to be written and made known of!
KPRCFFWriter

So, someone that I know from DeviantArt introduced me to a wiki known as Legend of the Multi-Universe. I have been putting a lot of my stories on them, such as my Ultimate Story. I have also been putting on it my Ratchet and Kim Possible story as well and a US spinoff titled Powerful Harmony. Check them out; they are right here:

So....my fanfic....it has a loooooot of characters in it. Here's the list of what I have placed on this list so far. https://legendsofthemultiuniverse.wikia.com/wiki/Category:Characters_in_the_Ultimate_Story