I always used to say Ratchet And Clank 3 was my favorite game of the series, but lately i've changed my mind. Almost objectively, Going Commando is better than its sequel.. it has so much more content, creative worlds, weapons, challenges, enemies.. etc. The only thing UYA has going for it is that you can upgrade weapons more than once, as well as the multiplayer.

So i started thinking if i only liked UYA the most because it was my first game.. Most of my friends tend to like the game they first played the best, and i also keep seeing that statement in the forums here.

What do you guys think? Are we all biased to like the first game we played the most?

My favorite thing about UYA is that it introduced Dr. Nefarious, my favorite Ratchet and Clank villain. He is so funny and so memorable. Then again, it did come with the unique sense of humor of the game series.

Not me! Gladiator was my first, but if I quickly rank the games:

...it isn't in too high a spot. Think we can all assume the reason behind it. It was a spin-off'ey game. And the original formula (hence All4One and QForce at the bottom) is a formula that works. However, ACiT was the first game I saw. But to be totally honest, it's just a fracking good game.

For a person who played UYA as their first game in (probably around) 2007, I came to be quite excited at any new R&C game I could play after getting hooked on that one. So it wasn't until it sort of calmed down around the end of 2008, or the start of 2009 that I could look back at my PS2 collection and think about my favourites, as I barely knew anything about any PS3 games, and there was no hope of me getting a PS3.

Back then I played UYA the most, as I guess i was the most fun package for me, as it had my favourite story, characters, levelling systems (you know, like getting weapons to V7 was pretty great), arenas, minigames, and hidden collectables.

But I always kinda thought GC was better, I think. Because it was longer, and had more weapons and interesting worlds.

Ever since I got my PS3, my favourites games have alternated between GC, R&C1, ToD, and ACiT. But I always held GC and ToD pretty high up.

My favourite game was Prince of Persia The Sands of Time Ps2 version and I am playing it on my Android smartphone So, Basically, I was getting bored in the lockdown and I came to know that you can play playstation 2 games on your Android Smartphone. I simply installed the ps2 emulator and added the rom of POP The Sands of time and started playing it. My father bought me a ps2 when I was little and I used to play a lot of games on it. So, it is more like a nostalgic experience. 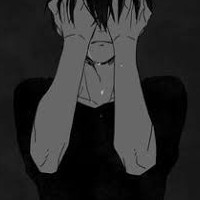 i really enjoy jak 2 Deadlocked  and going commando   for ps2 ! got them all on ps3 and love playing them ! Also tod has a place in my heart since its the first rac game i ever fully played
hermoineadam22

My favourite game is The Long Dark. I am personally a great fan of this game because I like to play survival games because I think they are close to reality. After playing this game too much I came to practice different survival skills in this game. I want to share those points which I gathered from my personal experience to remain alive in the game.

1 Navigation is the key in this game.

3 Set up Camp and be efficient.

These are some general tips I want to give from my experience. Other than this, I want to say be creative and enjoy this game because only the tough one survives