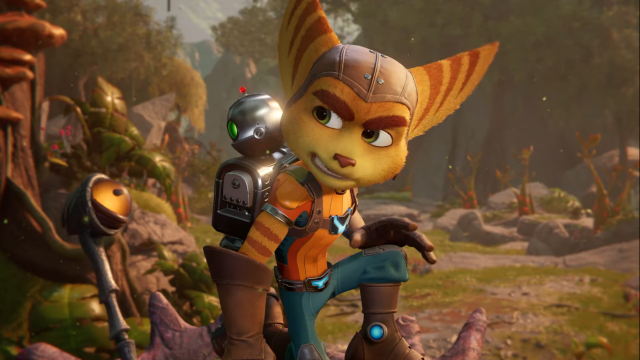 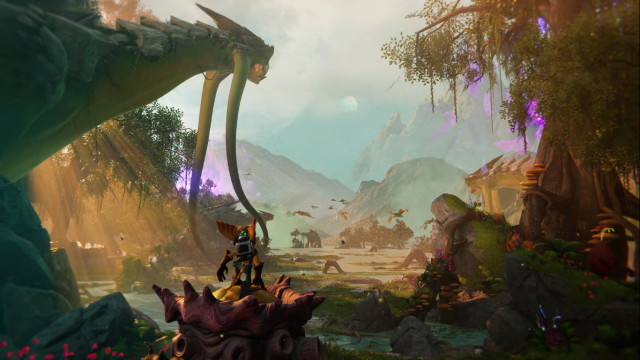 The PS5 event showcased two different RaC videos: one is a trailer, and the other is a gameplay reveal. The trailer drops Ratchet and Clank right into the action, as they land on an alien planet full of Sargassian monsters and wildlife. But as Ratchet and Clank get chased by killer robots, they quickly jump through one rift portal after another. Each rift seems to show a different aspect of the Ratchet and Clank universe, similar to "Into The Spidey-Verse." Ironically, Insomniac Games are ALSO working on a Spiderman sequel game, featuring Miles Morales for the PS5! 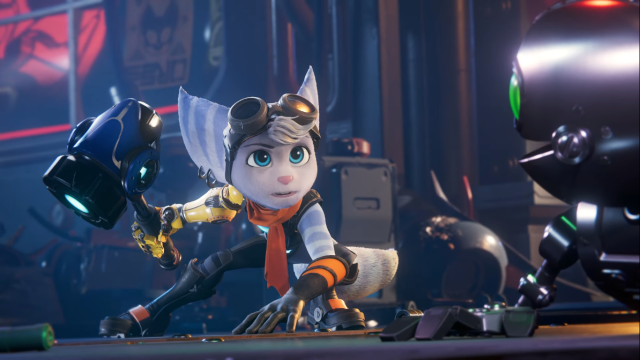 But after jumping into a space-pirate stronghold, Ratchet and Clank are separated, and Clank is flung into a rift portal. It is there that he meets a brand new...Lombax? Whoever this mysterious character is, she has a robotic arm, and pale fur. It is possible that this is the "Ratchet" from a different dimension, or a brand new character to the series. Either way, the reveal of rift portals and more Lombaxes seems to indicate that this is an Into The Nexus sequel, rather than a Ratchet and Clank PS4 sequel. 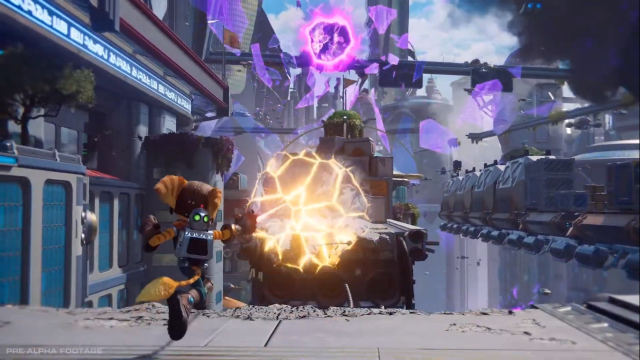 The gameplay trailer features Ratchet on a Metropolis-like planet, as he and Clank zip through portals with his new "Rift Tether." The city is under attack by Thugs-4-Less, and it is up to Ratchet to stop them. The immersion in this level is insane -- dozens of citizens running for their lives as portals open up randomly and spout out SandSharks and other returning enemies. 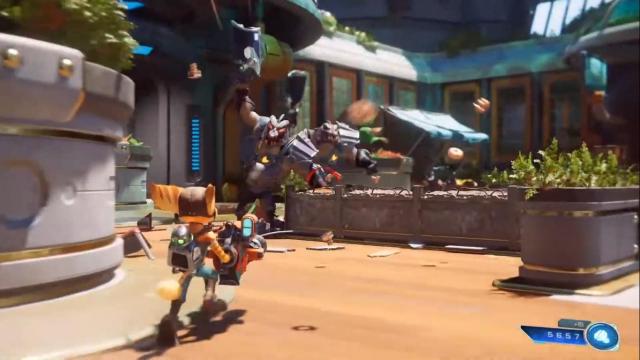 But what would Ratchet be without his arsenal? Fortunately, we are introduced to four brand new weapons. The Burst Pistol is Ratchet's trusty rapid-fire blaster, while the ShatterBomb is his new bomb glove. An aptly-named "Topiary Sprinkler" turns enemies into plants -- perhaps the most environmentally friendly way to dispose of enemies. And The Enforcer is a powerful double-barreled shotgun that blasts bad buys into oblivion! 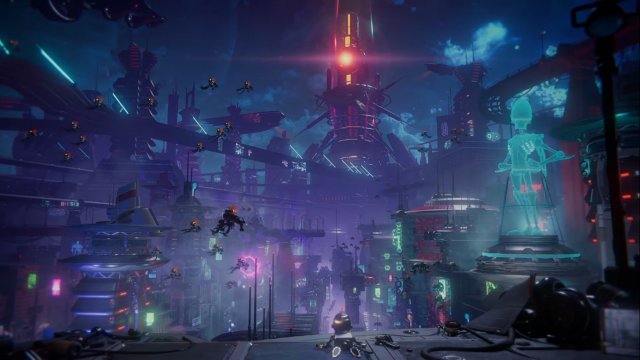 The last small detail revealed from both trailers is that Dr Nefarious is back. He appears to be once again trying to take over the universe, and maybe he already has in other dimensions. Honestly, this is a fresh new take on the Ratchet and Clank formula, and a large-scale, continuation of the future saga is absolutely what Ratchet and Clank needs to have a strong run on the PlayStation 5.

A good reason to save up for the PS5. Hope it ain't gonna be too expensive.

I really hope it is a launch title but I'm somewhat sceptical since there was no launch window in the trailer, while other trailers said holiday 2020...

Woah, about damn time haha, looking forward to this one for sure, release to PC :o???