Qwark: technology i just made u my-
Member

i never used stratix during the decyrptor it was to
stupid

its Sixaxis, as in 6 axis. The name sixaxis was the name of the original PS3 controllers, but after a little while there was some sort of problem, and they stopped making the Sixaxis controllers all together, and brought in the Dualshock 3 (which had some improvements, like vibrating functions)

I thought that Sixaxis was done very well in R&C: ToD what with the decryptor (which I found was really smooth, and great), the robowings, the Geo-laser and the Tornado launcher (which I understand not everyone found very easy) as opposed to every other game I played with Sixaxis (Resistance: Fall of Man, Resistance 2, Resistance 3, Uncharted: Drake's Fortune (horrible), LittleBigPalnet (this one was okay, but done better in ToD), inFamous, and R&C:ACiT)

we have gone terribly off-topic now. haven't we?

Trespasser? Yep, good gadget, really easy and simple. I remember years ago when I sucked at games, I got to Eudora, and the Trespasser puzzle seemed impossible, now I laugh at that easy puzzle! But yea, I miss good old fashioned puzzles that did not have a timer, is this the only lock gadget in R&C that does not have a time limit?

XD The Trespasser was definitely my favourite hacking gadget, I wish there more puzzles for it and more difficult ones

Please check to see if you are still breathing…

i absolutely loved the tresspasser to be honest, the hacker in up your arsenal was the one that i got fed up with quite quick

At least this one makes you think, unlike the later ones where you're in an hurry.

At least this one makes you think, unlike the later ones where you're in an hurry.

Still have to think through.

But I do see what you mean. There was no rushing through the Trespasser, like you did with the others (worst example being the Infiltrator)

I really liked the Trespasser because it was challenging unlike the other one's wich where frustrating. Probably my least favorite one was the Infiltrator, i remember trying the solve puzzel at Todano in the rocket silo and being very disappointed when all i got for that was a nano upgrade…

Well, The Trespasser is a wonderful gadget. I hope they add it to future games, if they add any gadget. I also enjoy "Sequence" puzzles, for example communicating with Tyhrranoids.

The only reason the Trespasser annoyed me is that I don't get much time to play video games anymore and some puzzles took me a while. They would be fun for me if it wasn't for that factor.

I'm sure the puzzles are a lot more simple than I think though. (At least the later ones. The first few are easy) 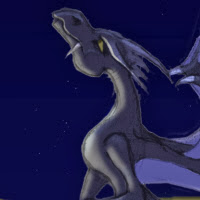 The only hacking gadget I hate is the Infiltrator. If you went the wrong way once, that was pretty muh it, back to the beginning. It wouldn't have been too bad if the timer didn't run down sooo quick.

But I quite liked the Trespasser, along with the Hacker and once I realised pressing x held the ball still, the Decryptor.

I like the hacking gadgets that don't tear you out of the moment, and lock you into a boring, long mini-game! Whenever I'm playing through ToD and come across a Decryptor I think it's a spot of fun, afterwards being put bak in the game losing a meager few seconds of the action. The same applies to the Trespasser for me. As the puzzles are always the same, so after plying the game for a bit they aren't a pain at all. But then it gets a little annoying when you come across an Electrolyser, but they are no big deal, they only take a little longer than the other puzzles. EXCEPT THE HACKER! The Hacker is a very very slow device, and it is incredibly boring. When I'm playing through Daxx, carving through enemies and then come to a locked door, it really tics me off.

Yesterday I dared activate my PS2 to find a number of problems with my controller and memory card ports. After smashing the console a bit the analogue sticks started to work, but what I didn't know was the auto-save was rooted (hell, loading the game was hard enough). I finished of Tyhrranosis, and then was taken to the Phoenix for some gadget training. Probably THE WORST gadget training in the universe. It was cool swinging across gaps and such, but the hacker terminals are just so awful. After that I was taken the Daxx, loved fighting the Mothership, hated infiltrating the facility! I then went to bed, and today I wake up to find my self back on Tyhrranosis. I am not in the mood to play the game right now, the hackers are just too bad (they are easy, but slow. I don't remember the last time I ever failed one… or liked one)